Sprinkle, the recommended post service for media sites, is on a roll. Changing name to Strossle, it has made a series of announcements.

Saplo, a high profile semantic analytic startup, announced that it had been acquired by Strossle. Mattias Tyrberg, former CEO of Saplo will take over as CTO at Strossle. Saplo has a research heavy background, and got big international media clients, but never really got their business model to scale.

“We have known Saplo for a long time. They were a shining star in 2008 when they launched. They had already back then exceptional good tech within machine learning. By getting them onboard, we take a big step forward and create a solution that’s very competitive internationally” said Magnus Hultman, CEO of Strossle

The cost of the acquisition has not been disclosed, but according to breakit, it is both cash and stocks, in a 7 digit euro size .

“I have worked at three startups before all of which have been acquired up by Americans. One thing that I have learned from the americans is to expand aggressively. We are prepared to make acquisitions to achieve our goal. It matters of course that we have a good cashflow and can afford to aquire others. We have not even raised an A round, but have had revenue since start.” Magnus told breakit.

But Strossle has not just acquired Saplo, they have also hit a growth stage and revealed some numbers – Magnus has shared that the startup currently sees an impressive 20% monthly growth. Already, a whooping 25% of all swedish media page visits comes thru them. They expect to reach a yearly revenue of € 5 million this year. Great job for a team that started only 2 years ago!

The name change has another background however: expansion plans.

“We will start to expand in North America now. We were in that process advised to not try to get Sprinkle trademarked there, as that would fail. You are never proud of having to change the name but it’s better to get it over with” says Magnus to breakit

The new name, Strossle, is a play of the swedish verb “strössla” – to sprinkle.

Transparency: We have used the service for over a year now, and are very happy to support it further. 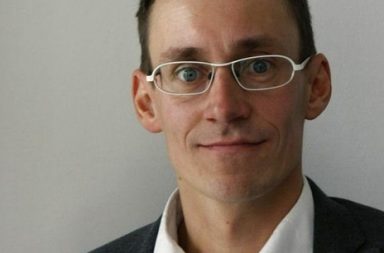 Saplo and Qlikview predict the US election