Skåne has always been a place of innovation. Firms here regardless of size have always been working hard on cutting-edge technologies to push the world forward. The famous Bluetooth and the first artificial kidney are a few the best examples of how innovation from Skåne could shape the way we live. After all, those are amazing stories which have been talked about thousands of times and affected lives of millions people in one or the other way. Similar stories are happening in the region all the time but it might be hard to keep an eye on history in the making. So here’s a few selected companies from Skåne who are working on some exciting technologies.

We live in a world where smart devices are everywhere and the future will not be different. Technology will integrate in our lives even further and will become even more intelligent, just like  sci-fi movies warn us. CrunchFish from Malmö is already working on bringing some futuristic uses of mobile technology into reality. Their goal is to change the way we interact with mobile phones and other devices by creating touchless technology.

Just imagine, in the near future silently waving and throwing your hands in the air will not be an odd behavior but a way to give commands to your smart devices. It might take some getting use to, but already now a lot of manufacturers are interested CrunchFish technology, expecting to install it in the next generation mobile phones. GoCam is the first app they developed to allow users to take a selfie by just waving their hands. We can expect that further integration of touchless technology into everyday life will make a huge difference to user experiences of the future.

Practical IoT in your home

IoT (Internet of Things) is one of the hottest topics of tech scene. Though it has not been widely applied in our life just yet, the possibility to create convenient connectedness of everyday technology is immense. Sensative from Lund is working on something that could help bring IoT a step close to becoming a norm of modern homes.

Strips, Sensative’s first product, is a wireless magnetic sensor that is pretty much invisible on windows and doors. Without the hassle of complicated installation, Strips help home dwellers keep an eye on their home security while away. Sensative is also working on a series of new products that will be launched in the near future bringing more possibility of intelligent home facilities.

Technology to care for the elderly

Apart from making  life convenient technology of the future will also make life easier for some vulnerable groups. Aging society is a phenomenon that we all will have to figure out some time soon. Already now there is an issue of lack of good care for elderly who stay home. Tryggel from Malmö was established exactly with the purpose to solve this problem. Tryggel‘s founder got an idea when she realized how dangerous it could be for elderly without good in home care as her own grandma had fallen a few times while alone at home. As a result Tryggel  currently develops a system of home sensors to create a protective environment in home of elderly.

Next Step Dynamics from Malmö has taken a step further. Their technology predicts and monitors the risk of fall, develops recovery program and provides remote care solutions.

In the far future, physical age may not be a problem at all thanks to the progressing technology. But the short-term goal is to increase the quality of life of elderly.

For a better world

Some companies have bigger vision where they try to use technology to solve problems caused by human activities on a global scale. For example, food and water shortage are two existing problems facing the world. Innoscentia and Orbital are working on solutions that will contribute to fighting these problems.

Have you ever thought that a great deal of food is being thrown away without a good reason? According to Innoscentia terms like ‘Best Before’ or ‘Use by’ are quite misleading and result in food waste. Consumers will throw away products even when they are perfectly edible. Innoscentia‘s solution is a sensor technology integrated into packaging that could detect food degradation. Their first product is meat packages telling consumers how good the food is.

Orbital Systmes, on the other hand, is after solving the problem of water shortage. Their indoor water system could save up to 90% of water and energy compared to a conventional showers we are currently using. The technology was developed initially for space exploration but soon it might become common for showers in modern homes. 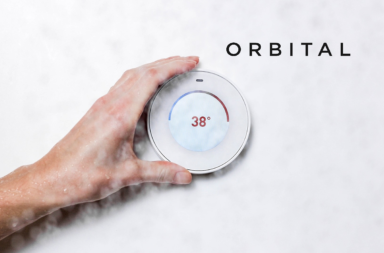 Landslide victory for Next Step Dynamics in Venture Cup 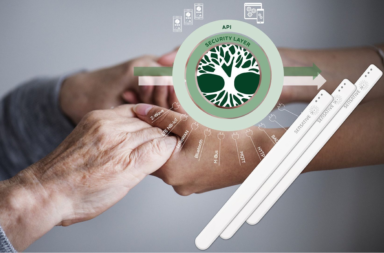