The success continues - Unity now used by over 2 million developers! 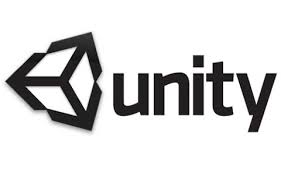 Unity Technologies, the startup that has developed the multi-platform Unity engine used in games and apps, announced that its community has now exceeded two million! This is great for a service that is used by developers and that by many is seen as making it a lot easier and better to make great games.

‘In 2005 we started out with a few hundred users and the goal of making game development accessible to everyone across an increasing array of platforms and devices. We continue to dream big and innovate for our developers.’ says David Helgason according to pocketgamer.

Just a litte less then a year ago Unity reached one million develoers. Since then they have changed their basic licensing charge and increased their plattform support, something that the developing community seems to find great as more and more sign up for the service. Especially developers who want to develop for multiple devises and channels have great use of Unity.

‘Getting to a million developers was an extraordinary achievement. Now, it’s clear that Unity is by far the most used game engine in the world, and simply one of the biggest software development platforms of any kind… yes, I mean in “the category that contains C++, Python, Ruby-on-Rails”.’ David says.

A game-changing week for the region

Unity + Oculus = the future of storytelling?