Photago is about collecting photos from many different photographers during one specific private event such as a wedding, a birthday party or a trip together with friends, and then being able to share it easily but still privately and secure.

Unlike many other services Photago focuses on collecting photos from many user in one collaborative online photo album and handles photos in full quality. Other services, such as Instagram, Facebook, Picasa etc, focus on how one user could share photos with others. But they do not solve the problem of collecting all photos from a trip or a wedding where there are multiple photographers and contributers. Something Photago is focusing on.

Photago was founded by Jenny Bengtsson and Filip Larsson, who started to work on the idea after they had attended several events and weddings where none of the hosts had a good solution on how to collect all photos the guest took during the party. It is a mixed duo, Filip is an internet entrepreneur most famous for the site dll-files.com and also co-founder of Snabboteket, previous Venture Cup winners, while Jenny comes from the corporate world, having resigned from a top post from the agricultural giant Lantmännen.

“The problem that many hosts have is to collect all the photos from the event and make them available for all participants. We have met the same problem at many occasions and the question how to collect always comes up. Often it ends with that guests or hosts never get to see the photos. We did not think there were any good alternatives to solve this problem and therefore we started Photago.com” says Jenny Bengtsson, CEO

Just recently Photago was elected winner in the Swedish Venture Cup South. Besides giving the startup a small cash injection it also gives a lot of media attention, something that is even more useful. One of those is an interview by Kajsa-Stina Kalin from Sydsvenskan, where Jenny goes into personal reflections about entrepreneurship. She also goes into details of the number of users and Photago’s ambitions.

“We have said that we will reach one hundred thousand users the first twelve months and after 24 months, we have reached one million. Today we have 1,500 so we’re far from it today.” says Jenny

The plans and ambitions are set high, and with the combined experience the founders certainly have a good chance. We wich them the best of luck, and will follow their journey. 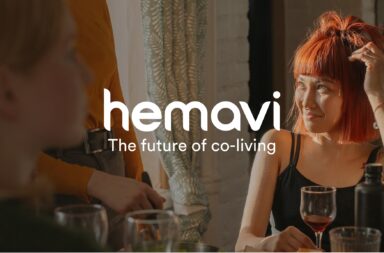