Today Flattr announced that they will be supporting Bitcoin. The service, that allows you to “put your money where your likes are” allows users to donate, “flattr” users by doing certain actions on social networks, or by pressing the Flattr button on blogg or websites. But given the nature of the service and the team behind it, which includes Pirate Bay spoke-person Peter Sunde, adding Bitcoin seems like a natural thing, and was something users requested already when the latest version of Flattr was released.

With a service like this Bitcoin gets more and more areas of use. By flattring it is now actually possible to pay others that don’t have Bitcoin, using Bitcoins. A great service for the Bitcoin community as well as Flattr! Also interesting for us in this region: the Bitcoin payments are handled by Copenhagen startup BIPS.

We had some some questions and answers with Linus Olsson, CEO of Flattr:

Why did you choose to support bitcoin?

“Because people nagged us about it for long. But on a more serious note we of course love Bitcoins and the implications of disruption. So it felt logical to add support for it.”

Can you tell us something about how it is going for you? How many websites use the Flattr button on their site at the moment?

“We actually don’t know. Users are free to add the button to their website without us logging it, for privacy reasons. So until it got flattred it’s not added to our database. But exact numbers are not public, so I cannot reveal more.”

Flattr was mentioned and featured multiple times in the TPB-AFK movie, where Peter Sunde, your co-founder, was a key person. Did you see much attention after the movie was released?

“Sure, at least enough to be clearly visible in the statistics. Peter is still involved in Flattr, as a founder your creations will always be important for you. He is kind of an advisor but not active on a regular basis.”

You earlier had support for flattring on Twitter, by favoriting a tweet, but that is not supported anymore at the moment. What happened?

“Twitter forced us to remove it. Twitter contacted us and told us that we are violating their API terms. However, the term Twitter called to is a term about advertisment that states that we can not be compensated. So we suggested to forgo our 10%, to not be compensated as a service. This would mean that the Flattr donation go from supporter to creator in it’s entirety. That did not help.” 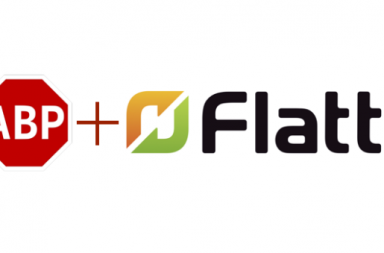 Funding goal reached in a day: Get ready for Heml.is private messaging service