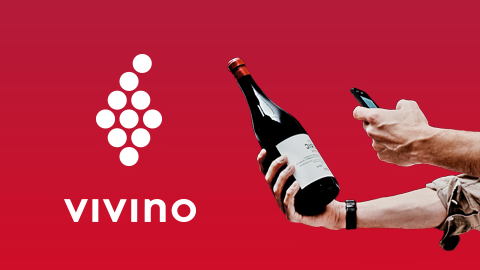 The investment will be focusing on taking Vivino to the world’s top wine consumption regions: the U.S., Italy, France, Spain, Belgium, and Germany. The startup currently counts 13 million users across 228 countries – with the ambitions to reach 25 million during 2016, according to VentureBeat.

“Our mission to help people all around the world find great wine requires significant resources across the wine and technology industries. Thanks to the incredible investment and insights of Christophe Navarre, we’re incredibly well-suited to continue to attack our mission in unprecedented fashion.” said Heini Zachariassen, CEO

While Vivino has focused on the key wine-drinking regions, it will also continue to expand into new and emerging market: both Mexico, Brazil, Portugal, and Canada are said to be of large interest. Vivino has also been sharing insights with other startups in the region about how they work with user retention and growth hacking – if you want to know more, we recommend Christos Iosifidis, Senior Product Manager at Vivino and his talk from Nordic Growth Hackers.

Vivino has previously raised money from Balderton Capital, Creandum and SEED Capital. This round makes it one of the most funded startups in this region!

A lot of media has already covered the investment, and you can read more at: