The conference had an impressive lineup of speakers, both regional ones as well as international guests. Amongst the most prominent where Praveen Sinha, co-founder of indian e-tail giant Jabong, as well as Andrew Murphy from John Lewis, with an online business of over 1 billion euros.

It was also an event with a lot of online services and crowd-funding on stage. Daniel Cowen from 3Doodler in Hongkong was there and told insights into how they raised $ 2.3 million.
Former Ryan air director Sinead Finn talked about how they build the carrier from 2 routes to begin Europes largest airline – as well as how she now helps startups getting into the travel industry.

Speakers from this region included some very prominent people.

Mikael Olander, who build cdon into the largest e-commerce in the nordics, before leaving and now doing the same with Bygghemma / Trademax, talked about lessons and insights. The importance of a great team was one of his important points, but he also confessed that he might have been to unwilling to invest in tech in his earlier days, something he aims with doing better. He als otalked about growth:

“We have had 50% organic growth year on year for the past 4 years, and plan on continue with that.”

Hermann Haraldsson from Boozt talked about their journey, and how they are a truly Øresund company – being danish but based in Malmö. He shared insights into building the company to what it is now, as well as rough patches along the way. Hermann also talked about how they manage to find great employees, mostly by tapping into the expat communities in the region – which brings really great people and is still a channel not used by a lot of companies.

Also on stage was Jan Höjman from Tailorstore, talking about their impressive organic growth and their take on building a sustainable business – with being present and making life for their factory workers in Sri Lanka an important part in their success.

Jesper Kärrbrink from Euroflorist also shared interesting insights. Amongst other that they where one of the first business to start with ecommerce in the world.

The event was a great success. Our own Karsten Deppert was on stage as side-kick, representing his company Contentor which is active in the e-commerce field.

“Remarkable great line-up, and a wide variety of insights and lessons shared on stage. Really great that an event this big and international is placed in this region.” said Karsten.

On the evening there was also the Nordic Ecommerce Awards, where a lot of prizes where announced. From this region two companies won prizes:
Gulnaz Khusainova from Easysize won the ’newcomer of the year award’, and Jenny Nilsson from BlackBaloon won the ‘student of the year award’, which is given out to the most brilliant participant at the eCommerce Academy courses.

If you want to know more, ehandel.se has a long write-up, which gives even further insights. Next Nordic eCommerce Summit was announced in May in Stockholm, and then in November 2015 again in Malmö. We are happy that the event will continue to be held here in the future. 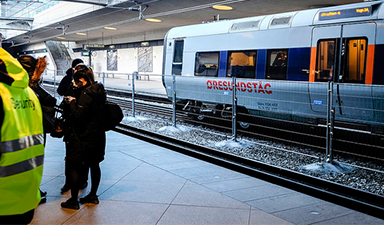 A new owner for RoligaPrylar