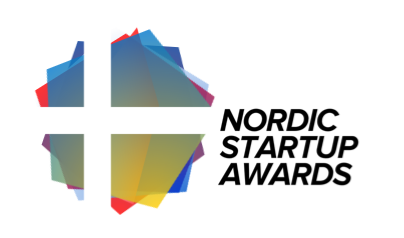 Past two weeks turned out to be extremely eventful for both Oresund region as well as Nordics in general. A series of great events such as TechBBQ in Copenhagen and Internet Discovery Day in Malmo culminated with an announcement of Nordic Startup Awards winners at Arctic15 in Helsinki.

At the awards ceremony selected winners in various categories from Denmark, Sweden, Finland, Norway and Iceland were narrowed down to one absolute winner in each category. And while all the nominees and finalists deserve the title of winners, here are those who are voted to be number one:

Both Danish companies in the best startup categories have shown impressive growth.

Back in March Falcon Social, with its SaaS social media management platform, closed funding deal in Series B which amounted to 15 € million. The financing round was led by Prime Ventures and joined by existing Falcon Social investors Northcap and Target Partners, bringing the company’s total financing to date to 23$ million.

Be My Eyes, an app that helps blind people via connection them to a sighted person through a video call, was launched back in winter. The project generated a great deal of interest, and in just one day after the launch the new app had over 10.000 users, the number which is counting.

Neil Murrey won the category of the startup journalist for his contribution through The Nordic Web, a website that takes an in-depth look at the Nordic technology scene and provides data-driven insight and analyses.

Congratulations to the winners!

Nordic Startup Awards is a series of events in the Nordic countries to recognize and celebrate startup ecosystem of the Nordic region. The award focuses on Denmark, Sweden, Finland, Norway and Iceland, where each country nominates startups and entrepreneurs who are later selected by a jury, where public votes count for one jury members. The Nordic Startup Awards are a part of Global Startup Awards and are powered by Nordic Innovation.